By Stan Karpf, Vice President, GSAC Board of Directors

GSAC would like to share some good news we recently received, especially for those that enjoy walking down the sidewalk along the west side of Venetian Bay.

Those of you who do so know that, over the past several years and particularly after Hurricane Irma in September 2017, the seawall and adjacent sidewalk have been in severe disrepair in multiple locations. This disrepair not only created a dangerous condition for walkers but also became an eyesore for our otherwise beautiful neighborhood. 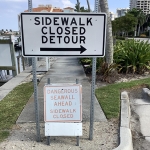 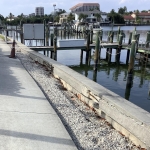 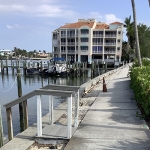 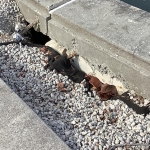 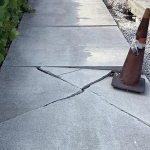 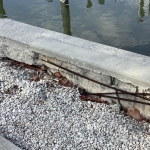 GSAC, as your neighborhood advocacy group and your voice to City officials, brought this situation to the attention of City staff in late 2017.

The City took the position that it would not make the needed repairs since the ownership of the seawall had not been definitely determined and the estimated cost of repair could be several million dollars. Similarly, none of the private property owners in the immediate area were eager to claim ownership of portions of the seawall, because the potential liability was quite substantial.

Jim Goetz, GSAC’s president at the time, and myself attended the May 8, 2018 City Council meeting and petitioned the Council to authorize the filing of a Declaratory Judgement Action against all landowners in the subject location. This seemed to us to be the only way this controversy could be resolved, since multiple discussions among the affected parties had proven fruitless. The litigation would provide all parties an opportunity to present their case to the judge and then the court would determine ownership. The City filed suit three days later on May 11, 2018.

After three years of discovery, many hearings and non-binding arbitration a settlement agreement has now been reached among the parties. The judge has approved the settlement, and the agreement has been filed with the court. It stipulates that the City owns the seawall and is responsible for its maintenance. It also provides that the City will make the necessary repairs so that we all once again can enjoy this neighborhood amenity.

Moving forward, GSAC will work closely with city officials to insure this area is restored to its former beauty. We will keep you posted regarding our progress.

Thank you for supporting GSAC so GSAC can support you!