Voting by mail is safe, secure and is not a new concept to Florida voters 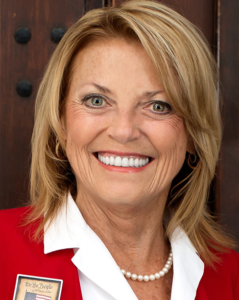 As Supervisor of Elections, my two top priorities are to ensure the integrity of elections and to create a pleasant voting experience for voters in Collier County. This includes accessibility to voting both in person and by mail.

Voting by mail is convenient and popular not only in Collier County, but across the entire State of Florida. In the wake of coronavirus, and with concerns of our community’s health and safety, we want to ensure that voters have access to exercise their constitutional right to vote during these next two very important elections.

Voting by mail has been an evolving process since the late 1990’s and Florida has continued to improve the process through setting controls to ensure the integrity of voting by mail. Among those controls include the fact that only registered voters can cast a mail ballot and must request one from our office. Another measure in place is that voters must return their voted ballot in the official ballot return envelope after signing it. Voters signing this envelope sign an oath that states they are who they are and they are legally eligible to vote in the election at the address listed in their voter registration. Upon receiving a completed ballot from the voter, the Supervisor of Elections office will verify the voter’s signature and prepare the ballot for tabulation.

Individuals attempting to commit fraud in connection with voting face a third degree felony with the possibility of a fine up to $5,000 and imprisonment of up to five years. Please know that in my 20-year tenure as the Collier County Supervisor of Elections, I have found voter fraud to be extremely rare.

Although voting by mail has seen more popularity in the wake of this pandemic, casting a ballot by mail is not a new 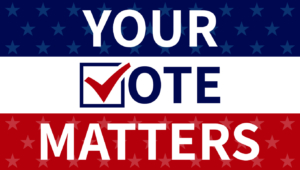 concept for the State of Florida. Absentee voting is recorded as far back as the late 1800’s in Florida. Of course many changes have occurred over the years since. In more modern history, dating back to 1997, voters were able to vote their ballot “absentee” in the event they were unable to cast their ballot at the polls. During this time, voters were required to provide a sworn statement stating why they were not able to vote in person at the polls on Election Day and a witness of at least 18-years-old was required to also sign. In 1998, the legislation pared down the process by providing seven reasons to justify a voter’s need to vote absentee, but they complicated the witness requirement by adding that the excuse had to be notarized or could be witnessed by a registered voter who had not already witnessed more than five ballots in that election.

Then in 2001, legislation changed again dropping the requirement of an excuse to vote absentee, but still required the voter to obtain a witness of at least 18-years-old.

Finally, after determining the inability to vet “excuses” to vote absentee or the qualifications of witnesses, legislation changed again stating that voters have the ability to cast their ballot by mail should they desire to do so. In 2004 Florida dropped all of the requirements and made voting “absentee” available to all registered voters. Later in 2016, the Florida Supervisors of Elections Association worked with legislators to improve the process even further by changing the name in statute from “absentee voting” to “vote-by-mail” to help clarify the process to voters that no excuse is needed to cast a ballot by mail.

In Collier County, voting by mail is extremely popular and our office has continued to see a rise in voters casting their ballot by mail especially after they experience the ease and convenience of voting from home. Voters can also track their ballot online to ensure their vote is counted.

During the 2018 General Election, 38% of the voted ballots were cast by mail – a 5% increase from the 2016 General Election. Then in 2020, voting by mail went up to 54% of the ballots cast during the March Presidential Preference Primary.

While we do not anticipate in-person voting to change, we do want to ensure that every voter in Collier County has access to the option of voting by mail. We also encourage voters – even if they want to vote in person – to at least request their ballot as an insurance policy should they feel differently about casting a ballot in person as we inch closer to the upcoming elections.

Requesting a Vote-by-Mail ballot does not lock you into a commitment to cast your ballot by mail. Remember, Vote-by-Mail ballots do not forward in the mail. You must request your ballot be sent to an address that you are currently residing. If you decide to vote in person, you can bring your ballot with you to an early voting location or to your Election Day polling place to be cancelled and issued a new ballot to vote in person.

Visit CollierVotes.com for more information on voting by mail and updates on how COVID-19 will affect the remainder of the voting process.