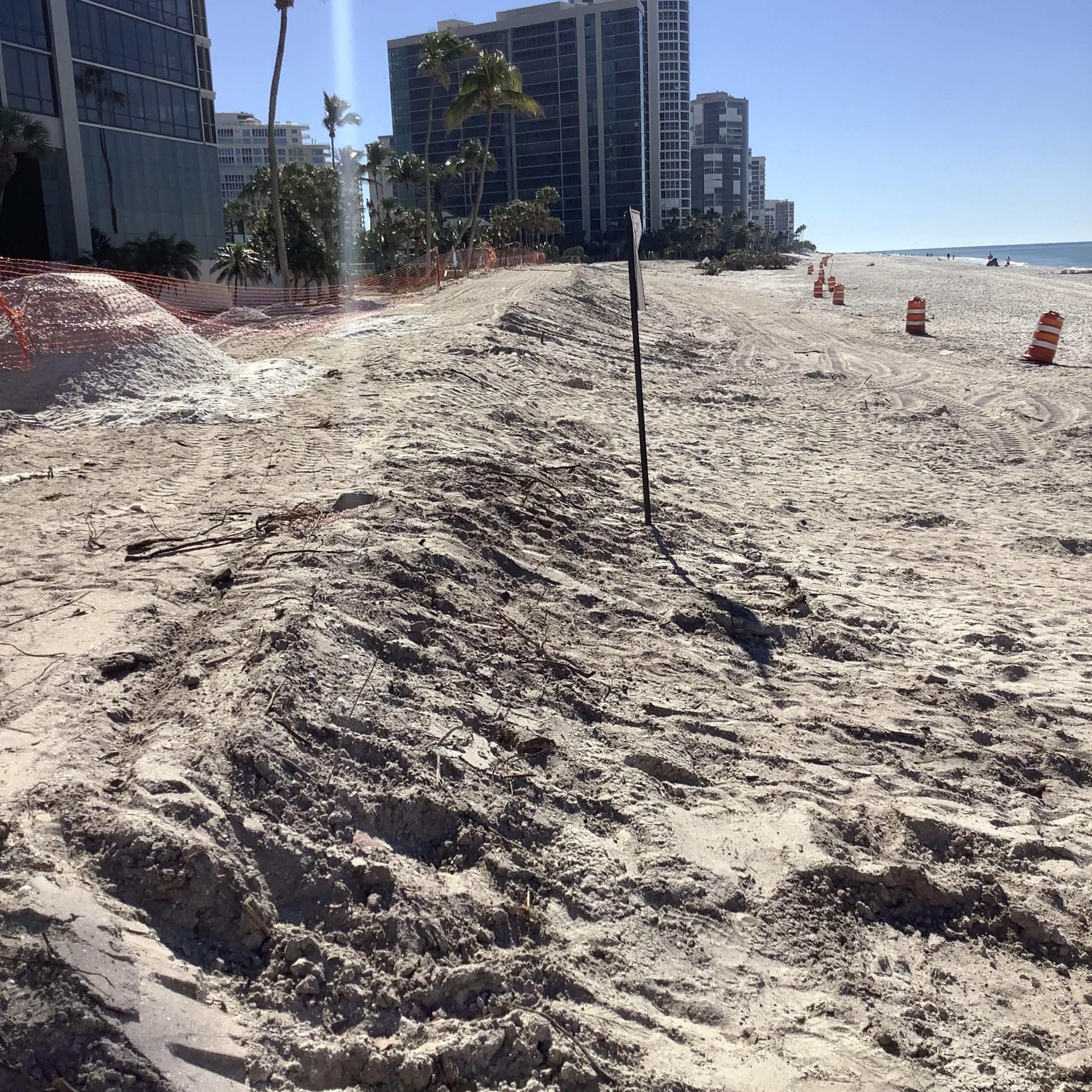 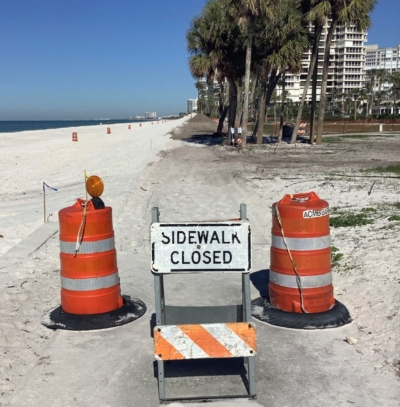 The overall project is moving along at a good pace considering the amount of planning and work involved. We are approaching completion of the restored dune (berm). Nearly 17,000 tons of new sand from a DEP-approved mine in Immokalee has been installed to date. The top of the perm is being compacted in preparation for installation of the concrete beach walk.

Construction plans for the beach walk, plantings, and lighting have been developed and submitted to the appropriate authorities for approval… hopefully approval will be soon.

The next phase will include staking out the beach walk with construction to follow. The beach walk rebuild is projected to be completed early summer of this year. 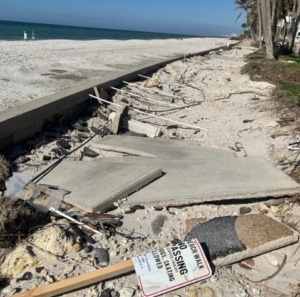 As most of us know, the Park Shore promenade (beachwalk or boardwalk, as some people call it) and adjacent landscaping which ran along the shoreline from Horizon House to LeParc was very badly damaged by Hurricane Ian. Recovery began almost immediately, and the work accomplished to date has been impressive. Thousands of tons of sand have been moved and relocated.

We have received a number of questions from residents as to when reconstruction will be completed and by whom. Some had the impression that GSAC has an ownership interest in the promenade, which is not correct. The property is owned by the five beach commons associations which were originally established by the Lutgert organization in 1972 when it was developing Park Shore. Each is governed by its own board of directors, with the individual board members being appointed by the condominium properties which comprise that commons association.

Shortly after the Hurricane passed through, Dave Feight, GSAC’s president, arranged a meeting with the leadership of the five independent commons associations to help coordinate and encourage cooperation on the cleanup and reconstruction efforts. 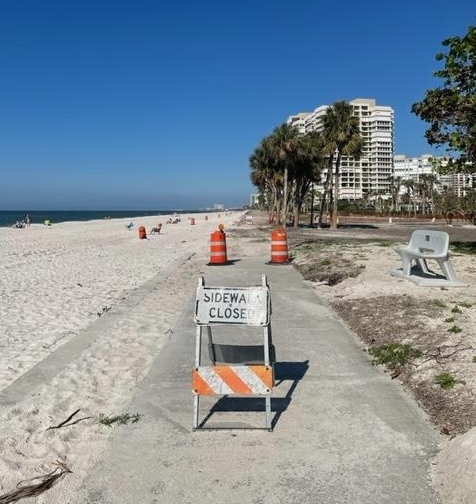 The City of Naples had put in place an emergency order which permitted the initial cleanup to proceed very expeditiously. Kavalo, an experienced earth moving contractor, was engaged by the three commons associations north of Lutgert Park which had sustained the most damage. They have been working for the last month in removing and carting away the concrete sidewalk, as well as in rebuilding the 13.5 foot storm dune and berm in preparation for construction of a new beachwalk.

Because the property is within the Florida Department of Environmental Protection’s Coastal Construction Control Line, permits are needed before replacement or repair of the walkway, landscaping and lighting can proceed. All five beach commons associations have now retained a very knowledgeable and experienced coastal engineer, Brett Moore of Humiston & Moore, to assist in obtaining the necessary permits for the next phase of the process from the City of Naples Natural Resources Department and the Florida DEP. In addition, where needed, other experts with long experience on shoreline projects are being consulted, including a civil engineering firm, Agnoli, Barber & Brundage, and a landscape architect, Architectural Land Design, to prepare the specifications and drawings required to obtain the permits and proceed with the restoration.

So, while much progress has been made since September 28, there is a great deal of work that remains to be done to return the beachwalk and surrounding area to its former beauty. Although it will regrettably likely be months before the residents of the five beach commons will be able to again enjoy the full length of the promenade, we know that they are looking forward to that day. We will keep you posted on a regular basis regarding future progress on the rebuild of this important amenity. 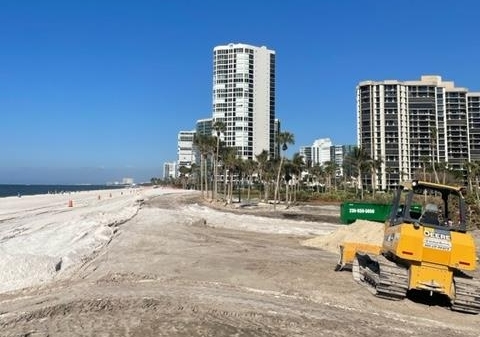 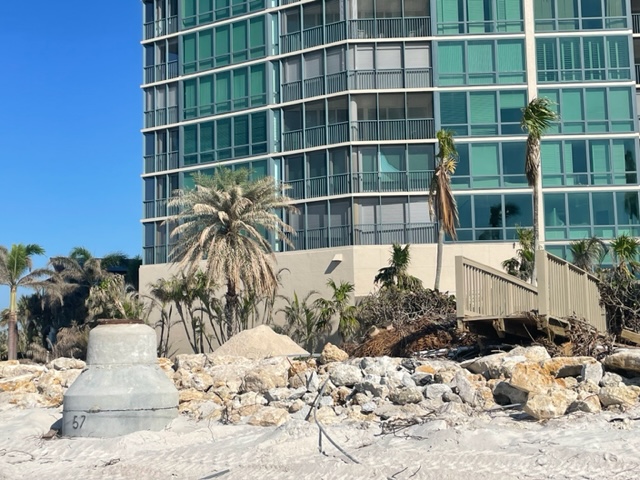